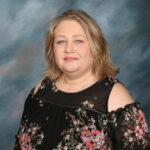 Shannon Pursell joined the Khalsa Montessori team in August 2015.  Shannon holds a B.A. in English from The University of Tulsa, and has completed some post-graduate work in English literature studies at Arizona State University.  In 2010 she received her Primary (3-6 yr. olds) level AMS Montessori certification through the South Mountain Montessori Certification Program.

Shannon worked in a Montessori classroom for six years before joining the Khalsa staff, serving for 3 years as an assistant teacher and 3 years as the lead teacher!

Nadia joined Khalsa this 2022-2023 school year as an Assistant Teacher in Primary North. She is new to Montessori but has worked in childcare for the past 3 years.

She was born and raised here in Phoenix, and has watched it change over the years. She love to bake, read and spend lots of time with her three cats.

Candy joins Khalsa this year as an assistant to Ms. Shannon in Primary North. She completed  her AMI Orientation training in 2020. Candy had practiced as a dental hygienist for more than 25 years, but she couldn’t stop talking to her patients about how much she loved her son’s Montessori school, so she followed her son and her heart to Khalsa. She has been a Khalsa parent for 6 years and has spent many hours observing and volunteering in both Primary and Elementary classrooms. She holds a Bachelors of Science in Dental Hygiene from NAU and hopes to pursue Montessori teacher training in the future. Candy enjoys road trips, knitting, sewing and spending time with her family and friends.

Dyanna’s journey with Khalsa began in the summer of 2018, where she was recruited as an aftercare assistant. Her passion for the primary children and Montessori Method led Dyanna to the primary north classroom as classroom assistant for two years. Since then, Dyanna took training through the Center for Guided Montessori Studies (CGMS) to become a lead teacher. This will be her third year as a lead teacher and she looks forward to gaining more experience and knowledge from her time at Khalsa. Outside of school, Dyanna enjoys spending time with her husband, going on trips to the beach, getting crafty, and spoiling her fur family of one dog and two cats (Ollie, Mo, and Frank).

Ninfa is from Honduras and moved to the United States in 1992. She worked as an ophthalmologist assistant for eight years and became interested in Montessori teaching in 2002. She was an assistant teacher at Community Montessori School before coming to Khalsa.

Ninfa attended the National Pedagogical University in Honduras and has a bilingual secretary diploma. She has been a Sunday School teacher for 18 years and now is the coordinator of the Sunday School program at her church.

Syera joined Khalsa in 2022 as an assistant teacher to Ms. Dyanna in Primary South. She has a background in Head Start teaching, where she was a lead teacher for three years. She holds a Bachelor’s Degree in Child and Family Development. She has always been interested in the Montessori way of learning, and excited to be at Khalsa.

Syera is originally from Kansas City, Missouri. In her spare time, she enjoys reading and going to the movies.

Amy joined Khalsa Montessori as an assistant in 2016 and became the Primary Upstairs Lead in 2021. Amy received her Montessori Primary training from Arizona Montessori Teachers Education Program and is currently working on her B.A. in Bachelors of Science of Education at University of Phoenix. She is on the Dean’s list at her University and also a member of the National Society of Collegiate Scholars.

In her free time she enjoys the arts and is an alumni of the Torch Theater School of Long-Form Improvisation and the Meisner Acting Program. She has performed in several local films, theatrical plays, and improvisational shows as an actress as well as producing, writing and directing her own projects. Furthermore, she has performed with a local tap dance troupe that was founded in 2012 and is a fire spinner (poi).

Gretchen was raised in Flagstaff, Arizona, and has worked in multiple school settings. In addition, she has been a mentor at Phoenix Youth at Risk.  She has volunteered in orphanages in the Czech Republic, Ukraine, and Mexico.  She has also coached youth soccer with two different organizations.  Gretchen completed early childhood development classes at Paradise Valley Community College.  She believes in the power of great mentors and teachers and has dedicated her life to pouring positive messages and experiences into children.

“A hundred years from now it will not matter what my bank account was, the sort of house I lived in, or the kind of car I drove…but the world may be different because I was important in the life of a child.” – Forest E. Witcraft; Teacher, Scholar

According to Gretchen, “This quote speaks to me as it reflects my passion for children.  Thank you for this opportunity to teach, coach, mentor, and love your children!”

Revay Cargo was born and raised in Phoenix, Arizona. She has worked in many different school settings as an assistant along with being a lead. She is currently in school becoming Montessori certified. She strongly believes teaching is her passion and agrees with Maria Montessori when she said “Early childhood education is the key to the betterment of society.” Besides being a Montessori guide, Revay enjoys spending time with her loved ones, having movie nights, baking goodies, and going on bike rides.

Erindida became a part of the Khalsa Toddler family in 2021, the children know her as “Dida”. She has worked in Montessori schools since 2015. She has experience teaching children 0 – 11 years old.

In her free time she is very outdoorsy, she enjoys any activities that will keep her busy. In 2020, she entered the beauty industry to become a licensed esthetician to run her own business. 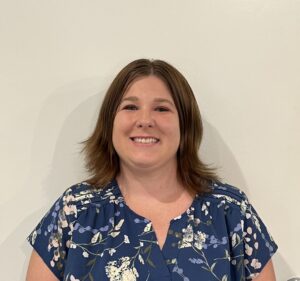 Tessa started working at Khalsa in January of 2022. She has worked with children since 2008. She has worked mainly with special needs children in 3 different school districts around the valley. Tessa also did habilitation work and respite inside of the children’s home. Before Khalsa she worked with kids from age’s pre-k to 8th grade, but mainly pre-k and ages 2-5 years old. In her spare time she likes to watch movies and hang out with family .The reason why Tessa choose Montessori was for a change, and loves the concept behind Montessori. 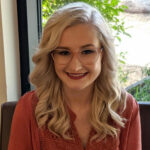 Chloe is from NewPort Beach California and moved back to Arizona to be around family. She joined Khalsa as an Teacher Assistant in 2019. She has worked with children right out of high school as a professional traveling Nanny for 6 years before transitioning into Montessori Teaching. As of August 2022 she will be finishing her Infant and Toddler Montessori Training. Outside of Teaching she is an avid country swing dancer. She is so excited for this new school year to aid the development of children and cultivate independence.

Carmen is an assistant in toddler south with Ms. Chloe. She has been at Khalsa for three years now. She is very excited for this school year and plans for the best experience for our toddlers.

Kaitlyn has just recently joined Khalsa this school year, she’s excited to work with her first friends and make an impact on their lives and keep them happy! In her spare time she love to draw and color, listen to music and also play with her pets at home. 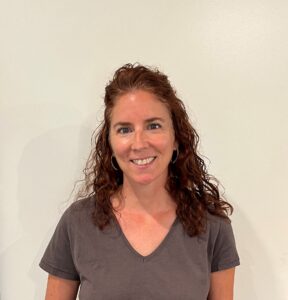 Jill joined Khalsa in March of 2018 in the accounting department. In addition to her accounting role, Jill is the Outdoor Environment Teacher at the Primary campus.

Jill grew up in Arizona and graduated from Arizona State University with a degree in Fine Arts. She has been a parent of Khalsa children for the past 7 years. She enjoys travel, hiking, reading, and any activity that is with her family.

DoJshana “Doshi” Smith-Washington just joined Khalsa Montessori Primary School as the After Care Director. She was a graduate from Indiana State University that majored in Human Development and Family Studies and minor in Dance.  She previously came from a behavioral facility for at risk youth, which she knew her passion was to worked with adolescents to guide and teach daily fundamental function for their everyday life. She is excited to be working with a younger age group and being a positive light in their life. In the meantime Doshi loves being a mentor to youth, cooking and especially dancing. You will see a lot of positive dance movements and yoga during the After Care Program.

Katheryn joined the Khalsa Primary Extended Care team in September of 2021 and has enjoyed their experience from the first day to now. They are pursuing bachelor degrees in Childhood Development and Art Education, and their interest in child creativity is why they wholeheartedly believe Montessori is the best way for children to learn and express themselves.

In their free time, Katheryn is a nonbinary aspiring content creator and character artist that advocates for trans adult and children’s rights with their work. They enjoy costumery, acting, comedy, stars. gemstones, creating stuffed animals, and all forms of art under the sun.

Lexi recently joined Khalsa this school year as a Primary Extended Care Assistant. Prior to joining Khalsa, she worked in a daycare in Montana. In her free time she loves spending time with her dog, trying new coffee shops and traveling. Lexi plans on continuing her education and becoming an art therapist for children.