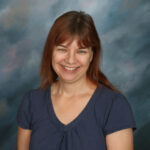 Carie joined the Khalsa School in 1999 as a lower elementary assistant. After graduating from Penn State University with a degree in Elementary

Education and traveling across the country, she decided to head west to Arizona. Her immediate family, along with a change of environment, brought her to Phoenix. Outside of gaining her degree in education, Carie worked for six years as an assistant teacher in a Christian Daycare in Pennsylvania. She also held part-time positions in childcare throughout her college years. After experiencing Montessori for the first time at Khalsa and gaining a passion for the Montessori method she made the choice to become trained as a Montessori Lead Teacher. Carie has been a Lower Elementary Lead Teacher since 2004.

In her free time Carie enjoys playing Taiko (Japanese drumming) and has been a member of the Phoenix Taiko dojo since 2001. She also enjoys reading and spending time outdoors hiking and camping. Jazmine joined Khalsa in 2018 as an assistant in Lower Elementary. She is a San Diego native, and has participated in various teaching opportunities, such as, tutoring at the Boys and Girls Club, being a teacher’s assistant, and taking part in the AVID program as a mentor. Jazmine enjoys swimming and making photo albums. She volunteers at Arizonans for Children and is currently in her fourth year of college at ASU, working towards a degree in Social Work. Emily Oakley is the Lower Elementary South Teacher. She was born to an Air Force family and lived in 7 different states growing up. She and her husband have lived in Tempe, AZ for the last 15 years and enjoy raising their two boys close to desert hiking, forest camping, and our swimming pool! Emily has a Bachelors of Science, Masters of Business Administration, and studied fine art in Santa Fe. She loves seeing the light in a child’s eyes when they learn and grow. Mr. Mike joined Khalsa in 2019 as Ms. Sarah’s assistant in Lower Elementary East. He has recently taken over the Elementary Outdoor Environment role. This is his first foray into education, having spent the past 11 years in the insurance business. Mike graduated from Arizona State University with a degree in Marketing, and around the same time, met his future wife, Emily. Mike and Emily have been married for 12 years now, and have two boys who will attend Khalsa as students. Mike is an Arizona native who loves to explore our state and beyond, and especially enjoys outdoor activities such as camping, hiking, and swimming. Karen has lived in the valley for twenty years, though she grew up living all over the eastern side of the country. She comes from a family of native Arizonans. She lives in Central Phoenix with her husband, their two sons, two cats, and a dog. She loves arts and crafts, books, and offbeat humor.

Melanie joined Khalsa in 2020 as an assistant in Upper Elementary. She graduated from Arizona State University with a Bachelors of Social Work focusing on macro-level work with survivors of violence. Melanie is previously from Seattle Washington and enjoys any outdoor activity that the Arizona sun has to offer. She plans on pursuing her Masters of Social Work concentrated on public policy, administration, and community planning at ASU within the next year. In her spare time, Melanie loves traveling, hiking, gardening, and hanging out with her dog Yuki. Shara joined Khalsa in 2019. She is looking forward to continuing the quality legacy of her predecessors, while adding her own flavor of creativity to Upper Elementary East! Shara is a native to San Diego where she taught in Montessori schools for twenty years before starting a new life in Arizona in 2012. Shara holds an M.A. in teaching and an Ed.S in Educational Technology. She was credentialed to teach multiple subjects in California, and has completed three Montessori teacher training programs for students ages 3 – 12. When she is not teaching, Shara loves to read, travel, and spend time with her husband and their two dogs.

Joye Sass joined Khalsa in 2019 as the Upper Elementary East Assistant. They have a background in working with at-risk populations in Phoenix, AZ. They hold a degree in Sustainability and Early Childhood from Prescott College. They have taught in Montessori classrooms in the past as an assistant, and later as a lead teacher at the Lower Elementary level. Joye is a writer, dancer, holistic healer, and vision board facilitator. Lindsay joined the Khalsa family in 1986 as a toddler student.

After working for Khalsa three summers during high school, Lindsay attended the University of California at Berkeley where she received degrees in English and Italian studies. While at Berkeley, she was a stage manager for the UC Berkeley Music Department. She also was a Satellite Science Student Presenter giving science workshops to elementary aged students.

In the summer of 2019, Lindsay began her Secondary I/II training at Houston Montessori Center.  She is very excited to be leading the Middle School classroom for the 2019-2020 school year as Khalsa opens a new chapter in its history by offering middle school for the first time in 15 years. 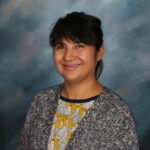 Miss Renee is in her second year as an assistant in Lower Elementary.  Prior to joining Khalsa, she worked for a start-up software company in several different roles.  Renee is an Arizona native, but really enjoys travelling especially to California.  Her favorite places are Disneyland and San Francisco, but she also enjoys other big cities where you can walk for miles and miles.  Renee spends her time looking for treasures at thrift stores, doing arts and crafts, hanging with her half-time kid, reading and studying, gardening and landscaping, and playing with her two cats, Daisy and Shim.

Anum is a student of Arizona State University, currently majoring in psychology. She likes to be involved in charity and volunteer work. During Anum’s free time, she loves to read book, watch movies, and hang out with friends and travel.

Christopher Canchola joined Khalsa in 2020, and supports the school as an Elementary Extended Care Assistant. In spring 2020, Mr. Canchola will be graduating with a Bachelor’s in psychology from Arizona State University, and pursue a career in teaching. Some of Chris’s interests include, but are not limited to, the following: reading, writing, acting, and learning languages. A warm cup of Joe (maybe a few) and a good novel is Chris’s Idea of a nice evening. 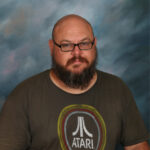 Mark Dugan started at Khalsa Montessori Elementary School in the fall of 2007 as a substitute and as the elementary physical education teacher. During the summer school 2008, Mark was the van driver and elementary after school program director. He became the Lower Elementary East Assistant in May of 2008. He is currently the Elementary P.E. Instructor and Elementary Gardening Instructor.

Mark worked at the Gentle Strength Co-op for several years; he has also worked for Life’s A Garden Organic Landscaping Company and the Green Goddess Nursery.

Emily Blanche is a creative and nurturing yoga teacher, respected for her delivery of yoga and meditation practices that encourage self-love, patience, and upliftment both in class and in life. With over two decades of experience, Emily serves a diverse population which includes people of all ages, experience levels, and physical abilities. Her classes integrate practices from Kundalini Yoga and Hatha Yoga traditions as well as sound healing to support physical well-being, stress relief, and peace.

Emily embarked on her exploration of yoga in 1992 when she began studying Kundalini Yoga and met Yogi Bhajan, the master of Kundalini Yoga, in 1993. She became a certified Bikram Yoga instructor and started teaching from that tradition in 2002, furthering her training and offerings to include Vinyasa style classes by 2008. In 2009, Emily completed her certification as a Kundalini Yoga teacher and, in addition to teaching in yoga centers, helped to develop and teach outreach programs that served clients with Dementia, Alzheimer’s Disease, and Autism. An intensive meditation training led her to travel and study in India, after which she began leading gong meditation events. She received training and certification in Kid’s Yoga and taught yoga and sound healing to youth at CASS (Central Arizona Shelter Services campus) starting in 2012. Since that time, her yoga classes and gong events have expanded around the Phoenix Valley and, with becoming a mother in 2014, she has developed further events that support mothers and families.

Emily has been involved with the Khalsa Montessori community as a substitute both in the classrooms and the Yoga class for years. She is excited to join the community on a permanent basis and looks forward to enriching the lives of Khalsa students.